Rogue Resolutions and Ribble Cycles were busy this week in Cardiff’s St David’s shopping centre carrying out the first day of experimentation in an exciting joint science project. Passing shoppers were treated to a live display of sports performance testing using a top-of-the-range Ribble Aero 883 bike on a Tacx T2800 Neo Smart static trainer. These were used to first measure the functional threshold power (FTP).

The aim of our study is to replicate and add to a published study by Vitor-Costa (Dec 2015) which linked the use of non-invasive electrical brain stimulation to enhanced physical performance. They found an increased time to exhaustion when carrying out high intensity, constant load exercise.

Part of the team of experimenters was Vishal Rawji of University College London’s Sobell Department, who also provided a short introduction to the study in the interview clip below.

After setting up the scientific and bike equipment, a DuoMAG XT TMS system with Brainsight TMS navigation were used in combination with EMG to locate the motor hotspot for the leg muscle (tibialis anterior). This spot was then used in positioning the tDCS electrode to target electrical stimulation to the brain region responsible for motor control of the leg muscles.

In an improvement over the original study we carry out a double blinded study where the subjects either receive active or sham tDCS at this site using the neuroConn DC-STIMULATOR PLUS. The hypothesis being that anodal tDCS stimulation increases the exercise tolerance for constant-load exercise test, performed at 80% of peak power.

As in the original study, we are asking all subjects to self-rate their overall perceived exertion every minute of the time-to-exhaustion cycling test. We will also measure their mood using the Brunel Mood Scale (BRUMS) immediately before and after the test session.

Vitor-Costa suggested that the mechanisms of longer exercise tolerance they found, are related to an increase in intracortical facilitation (ICF) and motor cortex excitability. With the DuoMAG MP-Dual paired pulse TMS stimulator we will add to their study by measuring short and long intracortical inhibition and ICF. This will hopefully further elucidate how tDCS acts on the brain.

We look forward to bringing you the results of this study over the next few weeks. If you would like to learn about the neurophysiological basis for TMS including getting hands-on with ICF, SICI and LICI we run a 4-day workshop in collaboration with UCL. See BrainBox Initiative for more details of our workshops. 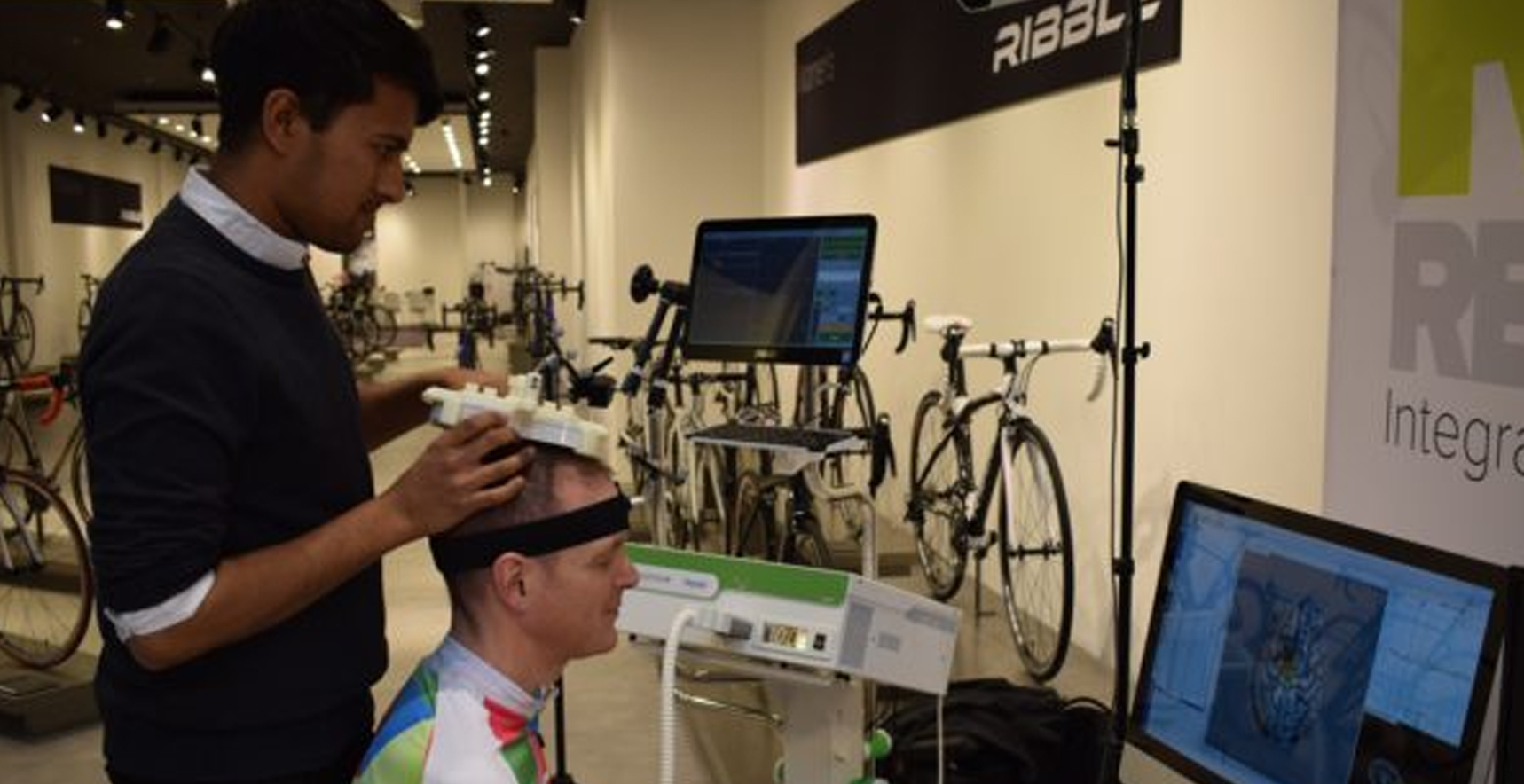