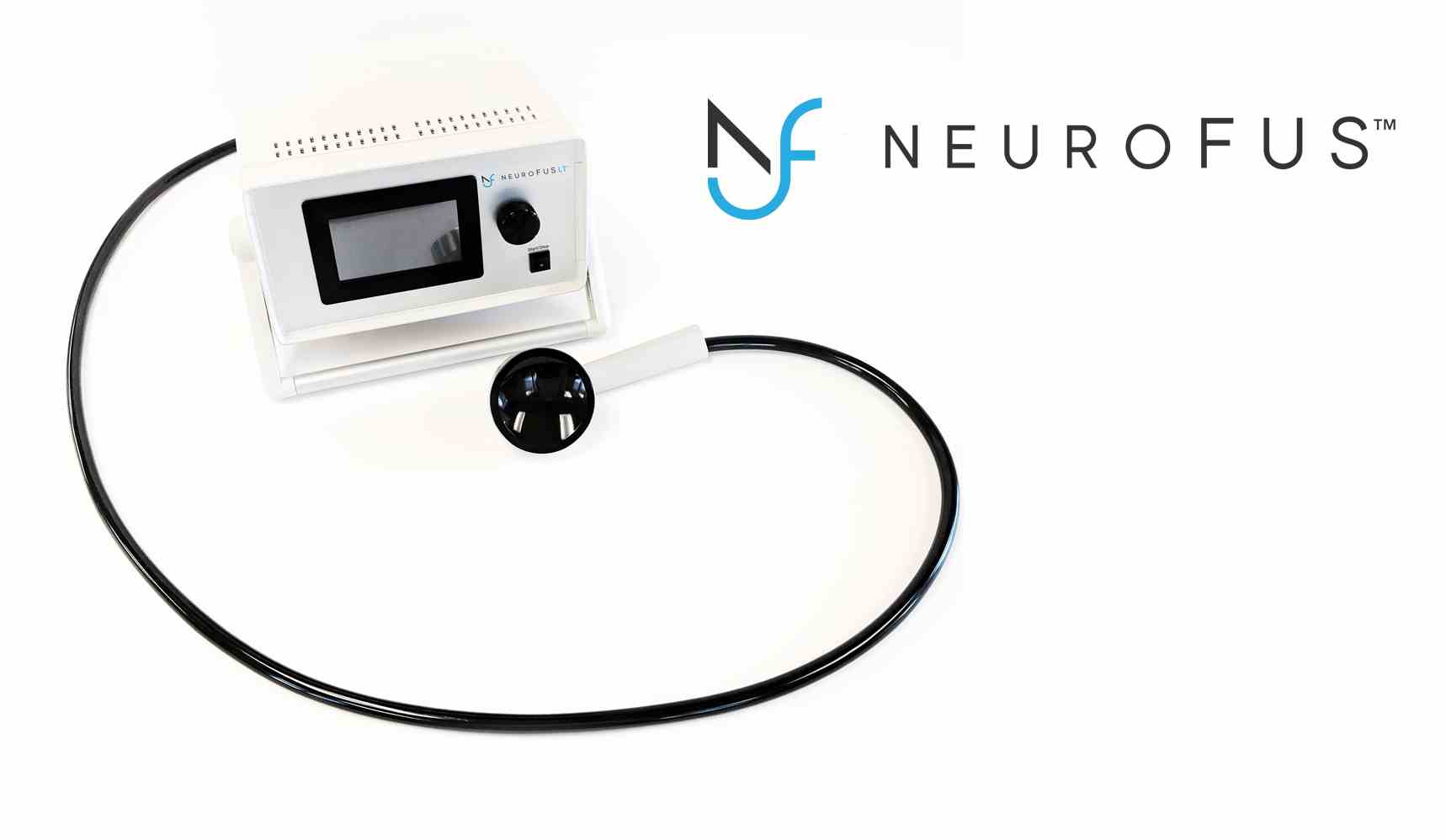 What is transcranial focused ultrasound neuromodulation?

Transcranial focused ultrasound (referred to as TUS/tFUS/FUS) is a new, exciting method that can be used to manipulate brain regions with a spatial resolution that is unprecedented in non-invasive human brain stimulation. Low intensity TUS involves delivering short bursts of sonic waves for short time periods to avoid tissue heating and damage whilst preserving spatial resolution and the ability to affect voltage-dependent neural processes in the brain (Tyler et al., 2018).

However, transcranial ultrasound stimulation still has a high spatial resolution even when applied at a low intensity. For example, an estimate of the acoustic focus of TUS to the motor cortex using 7T functional MRI contrasts revealing the size of the thumb, index and middle finger (Ai et al., 2018). Not only can ultrasound be focused to a magnitude compatible to that of individual fingers, it can also be focused beneath the cortical surface to areas such as the ventro-posterior lateral (VPL) nucleus of the thalamus (Legon et al., 2018). TUS has also been successfully focused on primary visual cortex, which was accompanied by phosphenes in a proportion of participants (Lee et al., 2016), which circumvents previous issues faced by selectively stimulating V1 with single pulses of TMS. In previous studies, selective stimulation of V1 without stimulating neighbouring V2 or V3 has proven difficult, if not unachievable (Thielscher et al., 2009; Salminen-Vaparanta et al., 2012).  TUS can also be applied prior to TMS pulses, which can reduce the amplitude of motor evoked potentials (Legon et al., 2018) and modulate the amplitude of sensory evoked potentials as measured by electroencephalography (Legon et al., 2018).

Figure 1. Modelling ultrasound wave propagation on an individual MRI to focus the ultrasound sonic wave on the VPL of the thalamus from Legon et al. (2018).

A promising future direction for neuromodulation with transcranial focused ultrasound is an analogous protocol to repetitive TMS (rTMS), which has successfully been applied to humans to produce effects beyond the period of stimulation in motor, visual and cognitive domains despite recent challenges due to the variability of such effects (Huang et al., 2017; Walsh & Cowey, 2001). A TUS protocol that outlasts the sonication period has also been developed that does not jeopardise tissue integrity (Verhagen et al., 2019). 30ms bursts of ultrasonic waves at 250kHz, generated every 100ms (10 Hz) for a 40 second time period produced effects on connectivity profiles in the pre-supplementary motor area and frontal polar cortex as measured by fMRI in the macaque (Verhagen et al., 2019). Similar observations with short bursts of ultrasonic waves delivered at 10Hz for a 40 second time period have also been found to outlast the sonication period after application to the VPL of the thalamus in the pig (Dalapiazza et al., 2018). This means that there is potential for protocol dependent research on the immediate consequences of the sonication period as well, such as MEPs or phosphenes, as well as protocols that are designed to alter connectivity between brain regions that last beyond the stimulation period (Verhagen et al., 2019).

Transcranial focused ultrasound stimulation offers the opportunity to not only evoke or modulate previous cornerstones of non-invasive brain stimulation, such as the MEP or the phosphene, but also the ability to reach beyond the cortical surface to provide causal evidence for or to modulate neurophysiological processes in the human brain with unprecedented depth and spatial resolution. In addition to this, a promising avenue for TUS over the course of seconds which can be used to produce lasting effects of connectivity of on and below the surface of the brain, enabling NIBS to be used to stimulate deep structures without depth-focality trade offs previously faced by TMS.