We recently caught up with 2017 Research Challenge winner Naheem Bashir to find out how his project has been progressing. Naheem’s winning entry proposed using ‘fNIRS and EEG to explore the neural basis of stuttering’ and played an important role in the completion of his PhD. The Brainbox Initiative Research Challenge gives early-career neuroscientists the opportunity to submit a proposal for an exciting proof-of-principle study. Brainbox Ltd is proud to sponsor the Research Challenge by supplying the successful winner with a three-month loan of our neuroscience equipment, providing expert technical help and support, and offering the winner a presentation slot at our Brainbox Initiative Conference.

“It has been a while since I provided an update about my work, largely because in that time I finished my PhD and have been working on a study using the equipment awarded to me by Brainbox.

I am conducting a picture naming experiment involving people who stutter and controls with the Brainbox equipment. The study investigates the mechanisms behind fluent and dysfluent speech production in people who stutter in different communication settings. Participants perform tasks whilst facing (1) a computer screen and (2) a researcher. The hypotheses are that: 1) stuttering severity should be greater in face-to-face (social) than solo settings; and 2) differences across tasks should be reflected in neural (fNIRS and ERP) measures. The Brainbox equipment provides excellent fNIRS and EEG signal quality when they are made concurrent with speech. The fNIRS/ERP signals are being processed to identify biomarkers prior to of stuttering events which are subsequently used in the design of brain stimulation interventions that target these signatures to reduce levels of stuttering.

Results to date have shown that people who stutter show distinctive neural activity within the left inferior frontal gyrus (fNIRS measurements) and that a slow ERP wave signal prior to speech (the contingent-negative variation, CNV) differs when it precedes stuttered versus fluent trials. The CNV patterns observed reflect aberrant activity within the basal ganglia-thalamocortical network indicating deficient speech-motor preparation processes in people who stutter. Current flow modelling was conducted (Figure 1) and showed that stimulation over C3 leads to the left inferior frontal gyrus and basal ganglia, and some motor areas, receiving the highest charge density from stimulation. A further study is being conducted to assess how tACS stimulation at different frequencies (associated with stuttering or not) identified in this study affect speech performance in the picture naming task.

We are also exploring the use of machine learning algorithms to detect other patterns that predict stuttering events in the Brainbox fNIRS-ERP data. It is my hope that with the discovery of these patterns, we can move towards developing a personalised approach to stuttering therapy e.g. biofeedback or an EEG-neurostimulation intervention that is based on individualised brain activity patterns in persons who stutter. Such exploration of the data will also allow us to assess the validity of current theories of stuttering.

That’s all I can say for now. If you want to know the full results of these studies, then you’ll have to come along to the Brainbox Initiative Conference in September!

I cannot express how thrilled, grateful and appreciative I am to have won this award and how it has allowed my research to develop in ways that would not otherwise have been possible. Everything has exceeded my expectations. The opportunities afforded me by this prize have been invaluable. The equipment and support provided have been excellent and have allowed me to build on the work started in my PhD. I look forward to continuing this work, maintaining collaboration with Brainbox, and seeing you all in September!”

Naheem, along with our other Research Challenge Winners, will be joining us at the Brainbox Initiative Conference in London later this year to talk about his work and how the award has helped him.

Make sure to join us at the Wellcome Collection from September 26 – 27: limited early-bird tickets are still available. 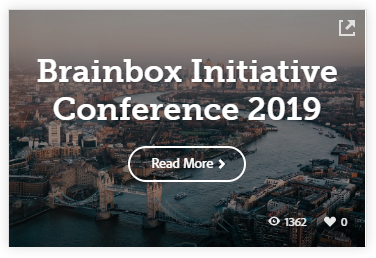