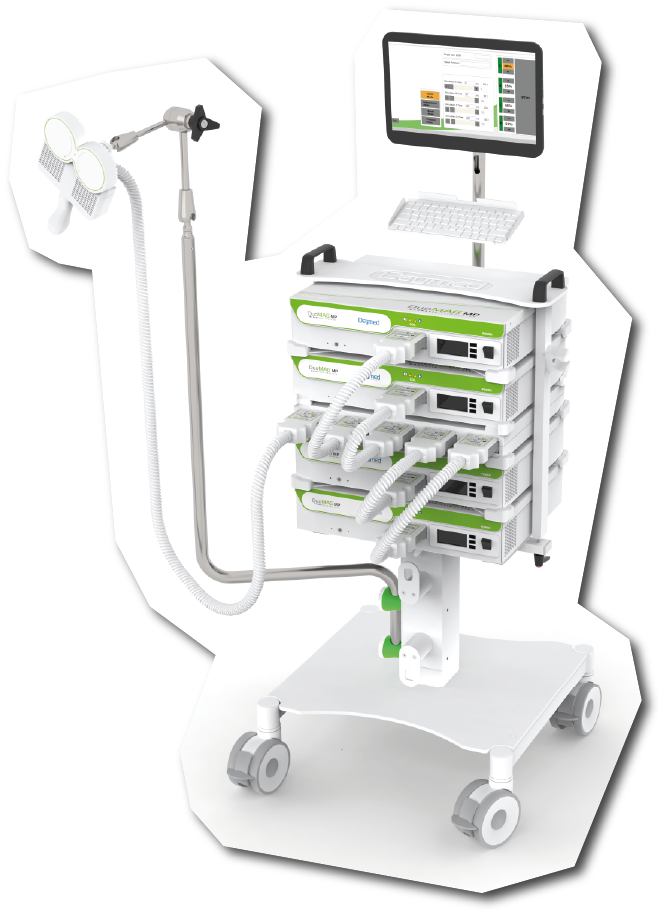 The Power of Four Monophasic Stimulators

As well as delivering quadripulse stimulation, each DuoMAG MP unit that makes up the MP-Quad system is capable of being used as its own, independent monophasic system or as up to two paired-pulse (ppTMS) systems for the ultimate flexibility in research applications.

Additionally, where research conditions require the functionality, the DuoMAG MP-Quad is capable of delivering stimulation through four separate coils at the same time for interhemispheric (quadrilateral) stimulation.

When controlled via the native DuoMAG software, the DuoMAG MP-Quad is capable of delivering single-pulse TMS, paired-pulse TMS, defined QPS protocols and controlling all four stimulators separately to accomplish up to four coil stimulation for the investigation of inter-hemispheric stimulation.

Stimulator outputs can all be set individually, or can even be combined to deliver pulses at up to 134% of a single stimulator's output through one TMS coil. Additionally, the inter-stimulus intervals (ISI) are configurable to a resolution as low as 0.1ms. The MP-Quad can be configured to allow for slow repetitive monophasic stimulation at up to 8Hz, with stimulation at 100% output as high as 2Hz.

USB 2.0 and TTL connections on the reverse of each stimulator allow for external control of individual stimulators and a programmable capacitor recharge delay can be utilised in instances of concurrent TMS-EEG studies. 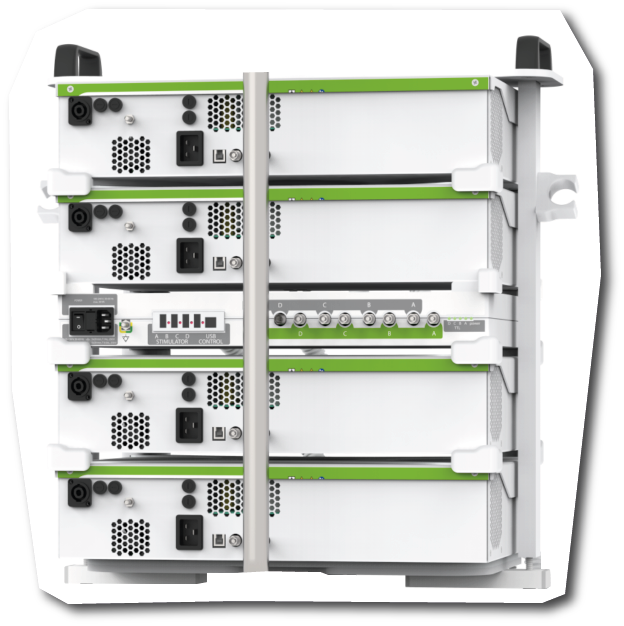 The DuoMAG MP-Quad is compatible with the full range of DuoMAG TMS coils, allowing the system to be used for any research application. All DuoMAG TMS coils feature built-in controls in the coil handle to remotely adjust stimulator intensity, as well as a button to trigger stimulation. 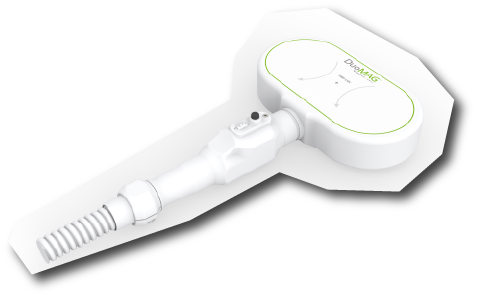 *Quadripulse stimulation is sometimes alternatively referred to as 'Quadropulse' TMS by researchers.

The DuoMAG MP quad can be programmed via the proprietary DuoMAG software and computer interface, or controlled externally via programmes such as Python, Matlab and Signal. Quadripulse stimulation protocols with ISI intervals from 1ms - 800ms and IQI from 500ms. Configurable intensities for each stimulus in a train and a stimulation frequency of up to 8Hz is possible.

Programme ISI from 1ms to 800ms, and IQI from 500ms (2s at max. output). Configurable intensity for each A, B, C, and D stimulus. Up to 8Hz continuous repetition rate (2Hz at max. output).

By joining four DuoMAG MP stimulators through the specially designed combining module, the MP-Quad is a highly flexible research tool, capable of being used as four separate single pulse stimulators, two paired pulse stimulators or a full quadripulse system. Talk to one of our product specialists about expanding your system today.

Standardised coil connectors mean full coil compatibility across the whole range of Deymed Stimulators, all equipped with built in controls for stimulation and intensity settings. Air-Cooled and Liquid-Cooled coils allow the researcher to run higher intensity protocols for longer. Each coil has an inbuilt temperature gauge which will automatically halt stimulation when necessary.

Visit our shop to purchase accessories, consumables, and starter kits for this system