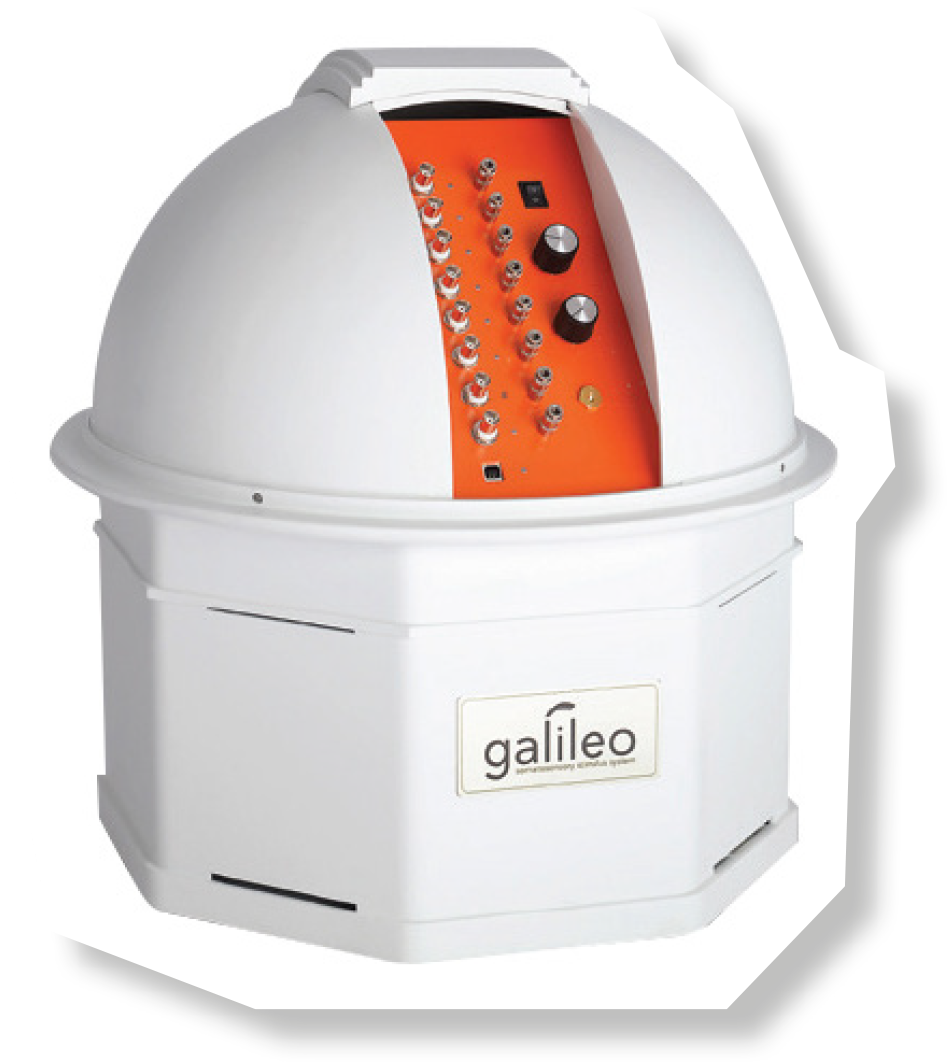 The Galileo Tactile Stimulus System is an 8-channel, pneumatic evoked response tactile stimulator that can be used to activate populations of low-threshold, rapidly conducting mechanoreceptive afferents in soft tissues overlying joints and muscles. Stimulus response is ideally suited for two of the most skilled sensorimotor systems of the human body; the hand (manipulation) and the orofacial (speech) systems.

As a result of the Galileo Tactile Stimulus System's natural, punctate stimuli, this pneumotactile stimulator is able to recruit nerves in the correct, desired order and creates an interference-free signal. The Galileo system is the very first tactile somatosensory stimulator designed to be used in functional magnetic resonance imaging (fMRI) and other magnetic imaging suites, using only plastic contacts and air to create the stimulus.

With a 9 ms rise time at 17′ tube length and an 11ms rise time at 25′, this evoked response stimulator is ideally suited for tactile stimulation in fMRI, fNIRS, MEG, EEG, and PET environments. Each channel of the Galileo Tactile Stimulator is equipped with TTL output ports which can synchronise easily with imaging systems. The dedicated TTL input can be used to start a sequence from another piece of hardware or software, or USB can be used in conjunction with other industry software and hardware to do event-based stimulus triggering. 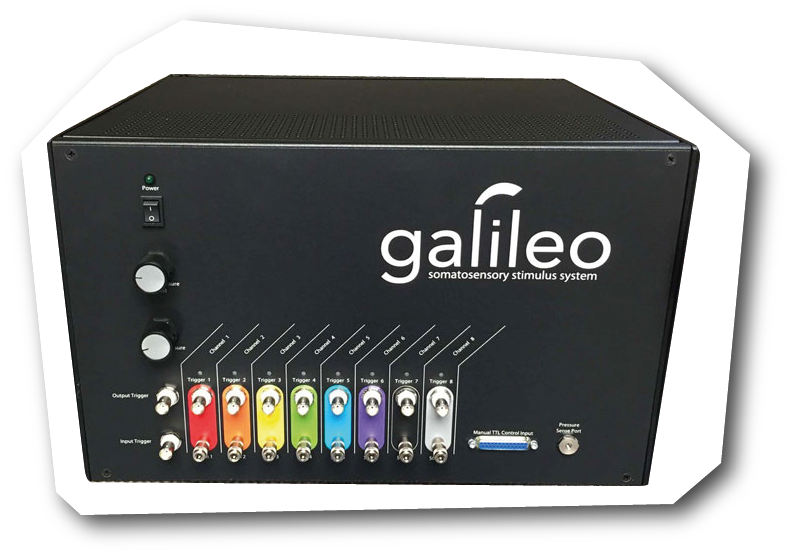 The Galileo Tactile Stimulus System has been designed with the researcher in mind and can be supplied in either rack mount or desktop versions. The system's software and hardware controls allow for complete customisation of pneumatic frequency, pulse trains and patterns, and wave height, while the built-in tuning feature allows the researcher to read the waveform directly from one of the nodes (of your choice) and tweak the wave in the software. The Galileo system's native software also includes counterbalanced and random modes, making it perfect for research studies and applications.

What is tactile stimulation?

Tactile stimulation involves the activation of nerve receptors (including thermal, pain, and location receptors) under the skin's surface. In tactile stimulation of the fingertips, for example, responses are evoked in the scalp that closely mirror the waveform and latency of those responses evoked by transcranial electrical stimulation (Aminoff et al., 2012).

Designed to have a broad compatibility with imaging systems and including features that make it useful for all types of brain research, the Galileo Tactile Stimulator is an invaluable research tool with unparalleled capabilities in tactile stimulation.

Typical operating window between -50 and 150cm/H20. A pressure boost is possible by combining 4 channels into a single, specially designed TAC cell. This produces a stronger tactile effect at the site of stimulation.

TAC cells are available in a variety of sizes and configurations, for use in experiments with humans, primates, small mammals and rodents. Custom TAC cells can be engineered on request for specific projects.

Within the software controls, the user can activate 1 to 8 channels in any combination. Pulses can be set from 20ms to 500ms in duration, and the pulse cycle time can be configured from 200ms to 30 seconds with a pulse resolution of 1ms.

Control every aspect of sequences, pressure waveform and data management with the Galileo Tactile Stimulator via the powerful proprietary desktop application included with the device. For other research settings, the Galileo can be controlled via serial triggers delivered through third party applications such as MatLab, Python, E-Prime and others.