There is considerable variability in effects of rTMS on cortical excitability with some subjects showing an effect in a predictable direction but others show either no effect or an effect opposite to what is predicted. For example, Hamada et al. (2013) revealed that the variability in the response to continuous theta burst stimulation (cTBS) and intermittent theta burst stimulation (iTBS) is of such a magnitude that no effect is present at the group level. A number of potential explanations exist for why such variability exists. One potential reason is the type of pulse shape that is employed - a sinusoidal biphasic pulse - is almost exclusively used in these experiments (Goetz et al., 2016). Recently, the Elevate TMS device has enabled the effect of novel pulse shapes within rTMS protocols to be investigated (Goetz et al., 2016; Halawa et al., 2019). In such investigations, the frequency of rTMS in each protocol is kept constant but the pulse shape or pulse width within each protocol differs, enabling the optimal parameters for changing cortical excitability to be discovered.

The Elevate TMS devices enables rectangular pulse shapes, which can be monophasic or biphasic with a variable pulse width to be altered. One experiment applied rTMS at 10 Hz for 16 minutes with four different pulse shapes to the motor cortex (Goetz et al., 2016).  Here, all monophasic pulse shapes but not a biphasic pulse shape produced lasting inhibitory effects on MEP amplitude (Goetz et al., 2016).  The most successful pulse at producing offline effects was semi-monophasic pulse with an induced current travelling in the posterior-anterior (PA) direction (Goetz et al., 2016). This evidence suggests that a biphasic pulse may not be optimal for producing a lasting effect on cortical excitability.  A different experiment looked at how changing the pulse width whilst keeping pulse frequency constant influenced the offline effect of rTMS on cortical excitability (Halawa et al., 2019). Here, the pulse was monophasic but the pulse width was either 40 μs, 80 μs or 120 μs whilst 900 pulses were delivered at 1 Hz. Here, the pulse width was found to impact the direction and the magnitude of the offline effect on MEP amplitude. When a longer pulse width (120 μs) was used, MEP amplitude increased. However, when shorter pulse widths (40 μs or 80 μs) were used an inhibitory effect was present. Taken together, it appears that the presence of an inhibitory or excitatory effect depends on the pulse width but the magnitude of the overall effect is determined by pulse, with monophasic pulses with induced current travelling in the AP direction appearing to be optimal. 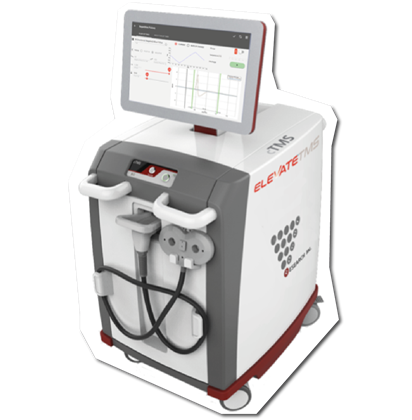