One of the complications of research in transcranial electric stimulation (tES) is the choice of montage.  Many different experiments claim to stimulate the same site(s) even though the position of their electrodes might differ. Moreover, effects of an opposing polarity occur within the suclus and gyrus immediately near a stimulating electrode, which is not always considered (Rahman et al., 2013; Data et al., 2012). Something that is not often considered is how tissue in proximity to the return - or cathode - electrode is affected during tES, in addition to effects presumably mediated by the anode. At the behavioural level the effect of tES is variable, to say the least so it is critical that the consequences tES on brain tissue are fully understood (Bestmann et al., 2015).

Current flow models can confirm whether a tES montage is stimulating brain tissue that it is expected to be stimulated, and compare montages prior to running an experiment. Current flow modelling involves segmenting a magnetic resonance image of a tES participant into different tissue types - usually skin, scalp, cerebrospinal fluid, grey matter and white matter. Electrodes can then be placed on the scalp of this segmented image to simulate the effect of a tES montage. The electric field is then estimated in each of these tissue types based on their conductivity, shape and proximity to the anode(s) and cathode(s). Peaks in the electric field can then be spotted using knowledge of anatomy to identify the sites that are most affected by a tES montage. A particularly useful physiological parameter is the normal component of the electric field, which is the electric field perpendicular to the cortex, which changes in orientation from sulcus to gyrus. Such an approach has recently been validated using implanted electrodes in patients, which confirmed that the voltage predicted by current flow models closely corresponds to the actual voltage measurements during tDCS (Huang et al., 2017).

Current flow models have successfully been used to ensure that DLPFC is being stimulated during tDCS (e.g. Bonaiuto et al., 2016). Current flow models have also been used to call into question whether certain tES montages are stimulated a brain region in a way that is assumed. For example, Karabanov et al. (2019) used a current flow model to identify whether an F3-F4 (10-20 EEG coordinates) montage stimulates DLPFC, with an effect assumed to be proximal beneath the anode. However, the use of current flow models revealed a stimulation pattern that is more complex, with large changes in electric field occurring in between hemispheres in addition to large changes beneath the anode and cathode (Karabanov et al., 2019). In particular, the use of current flow models has revealed that changes in the electric field tend to be greatest in between electrodes as opposed to immediately beneath them, where the magnitude of the effect is determined by the shape of the brain tissue. In some cases, this leads to a complicated stimulation effect, in other cases, this can be used to ensure that current flows in a consistent direction across a gyrus, which has successfully reduced variability in an M1 montage (Rawji et al., 2019). 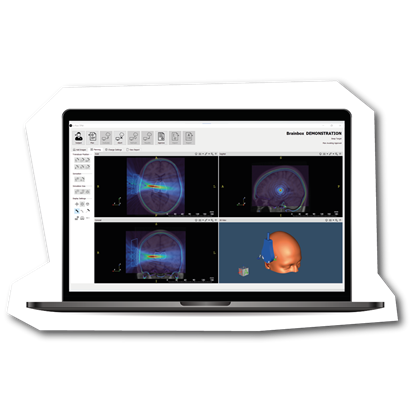 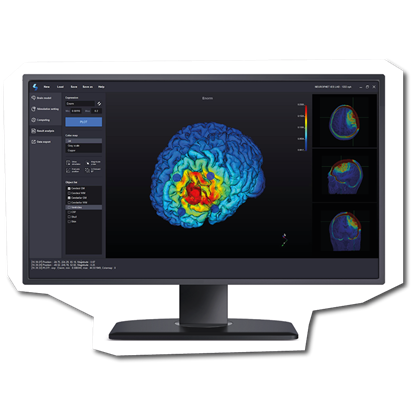