Electroencephalography (EEG) involves placing a standardised configuration of electrode on the scalp (usually according to 10-20, 10-10 or 10-5 convention), which keep the distance between electrodes constant when the material containing the electrodes is placed on differently sized heads. These electrodes are capable of measuring changes in voltage in the form of excitatory (EPSP) or inhibitory post synaptic potentials (IPSP) from pyramidal cells. These changes in voltage are associated with an increased (or decreased) likelihood of current flow down an axon.

EEG can be used to investigate whether ERP components or oscillatory power change under particular conditions. For example, Picton (1992) showed that a ‘peak’ emerges 300ms after the onset of an unpredictable, ‘oddball’ visual stimulus, which changes in size depending on whether the participant actively attended to it or not. These peaks are produced by a mixture of different neural components that summate to produce a measurable signal during EEG. Identifying components is a challenging inverse problem but can be managed by assuming that a limited number of dipoles are behind the EEG voltage measured from the scalp (Luck, 2014). Frequency-based analyses, on the other hand, break down the voltage signal over time into a series of sine waves. These sine waves can be summed together to re-produce the measured voltage signal (Luck, 2014). These analyses can identify a spectral peak, which can be used to determine whether an oscillation has occurred at a particular frequency (Lopes da Silva, 2013).

The use of EEG has been used to demonstrate the relevance of oscillations and components to cognitive and basic neurophysiological processes. For example, causal evidence for such a phenomena was revealed when sub threshold pulses of transcranial magnetic stimulation (TMS) were delivered to occipital cortex (Dugue et al., 2011). The perception of a phosphene was determined the phase of an alpha oscillation, enabling EEG to reveal how cortical excitability changes as a function of alpha phase. Similarly, a pioneering approach to studying visual perception using Mooney figures (see image below) reveals that changes in the synchronisation of gamma oscillations take place when a face is perceived (Rodriguez et al., 1999; see also Trujillo et al., 2005). To conclude, EEG can be used a non-invasive means of measuring how ongoing oscillations shape cognitive processes within the human brain. 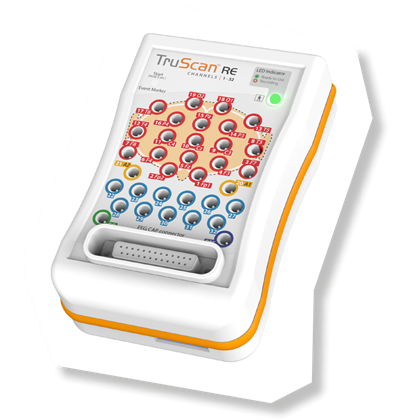 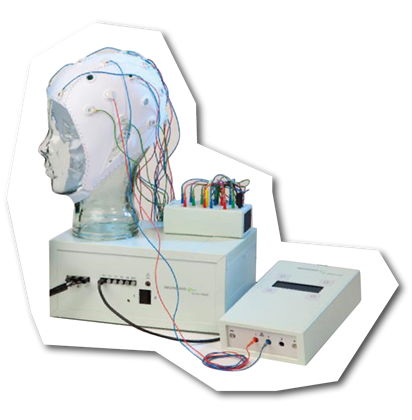 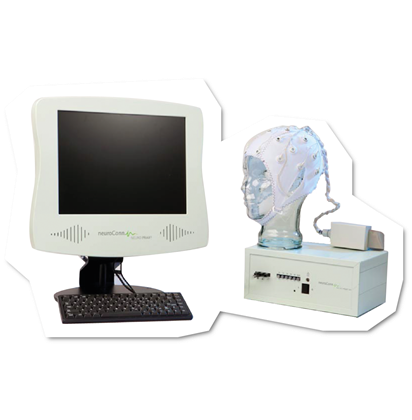