Where the electric currents from each electrode pair intersect an electric field is generated with an average carrier frequency (e.g., 2.005 kHz). Furthermore, the resulting electric field will exhibit amplitude modulation, (i.e., a change in peak electric field) at the envelope beat frequency (i.e., the difference between the two applied frequencies - in the example depicted in Figure 1 it would be 10 Hz; Esmaeilpour et al., 2021). This beat frequency is the target stimulation frequency and is maximal when both signals overlap with the same strength and equivalent field vector directionality (von Conta et al., 2021). The weaker of the two fields used to generate the interference field, and their respective alignments determine the overall strength of the “interference” (Rampersad et al., 2019).

The ability to non-invasively electrically target deep brain areas precisely, without also stimulating cortical regions outside of the ROI remains a challenge in humans. Grossman and colleagues (2017) demonstrated in the hippocampus of mice that tTIS triggers neural firing at the beat frequency, without stimulating the overlaying cortex. The translation of these findings from animal models to humans has had several recent advancements (e.g., Rampersad et al., 2019; von Conta et al., 2021). For example, Rampersad and colleagues (2019) have demonstrated optimal electrode placement and current patterns to target the palladium, hippocampus and motor cortex. Their simulations indicate that whilst field strengths in tTIS are weaker compared to tACS, the steerability and focality are far superior in tTIS.

These findings have been taken a step further from simulations to trials in humans. A recent study has compared traditional tACS with tTIS in humans, reporting on the individual differences induced (von Conta et al., 2021). In alignment with simulations from other groups tTIS was found to show greater focality of subcortical stimulation compared to tACS, with cortical areas proximal to the stimulation electrodes showing lower co-stimulation. von Conta and colleagues (2021) showed a large degree of variability of the electric field distribution between individuals both generally in the brain as well as within (and between) target ROIs. The authors recommend individualised electrode montages to achieve comparable electric field strengths in the target ROIs across individuals. Thus, this study highlighted the importance of a-priori simulation of effects using individual structural MRI scans. 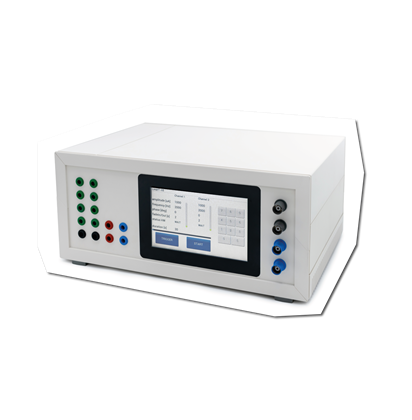