However, the incredibly precise nature of this research, sometimes requiring that a device be held in a specific position for extended periods of time, can often prove problematic in guaranteeing both accuracy of placement and repeatability of the experiment. Particularly in the case of experiments with multiple participants, the slight heterogeneity observed within individuals' brain anatomies can cause additional problems with identifying and navigating to the correct site of stimulation. Even when targeting the same site in the same subject across multiple experimental/treatment sessions, it can be difficult to guarantee that the stimulation has been applied precisely where it needs to be.

To help alleviate these problems, neuronavigation technologies and systems provide researchers and physicians with the tools that they need to accurately target the specific brain regions required for their work: this can be achieved through the use of smart infrared systems that can track the position of a TMS coil or TUS transducer against a subject's head in real-time; computational modelling and 'connectomics' technologies that allow a researcher to identify and target specific brain regions prior to applying stimulation; and state-of-the-art robotics systems that can reliably and accurately apply stimulation without human input.

How can neuronavigation systems improve accuracy?

Neuronavigation systems, such as the Brainsight TMS Navigation system, enable the position of a TMS coil to be tracked in real-time while providing live, visual feedback to the researcher.

Taking the Brainsight TMS Navigation system as an example, this system not only tracks the position of the coil but can also analyse the orientation of the coil handle relative to the hotspot where the magnetic field is greatest.

Targets can be defined in two ways within a neuronavigation system. One popular method is to identify a hot spot, such as a site most likely to evoke a motor evoked potential (MEP) or a phosphene, and then to set this hot spot as a target. This will ensure that the location most likely to evoke the desired response is consistently stimulated in an experiment. An alternative method is to use a set of standardised coordinates, such as Montreal Neurological Institute (MNI) space, as a target. Such an approach is popular when sites derived from BOLD contrasts from fMRI are obtained for each participant, enabling subject-specific targets (e.g. Rahnev et al., 2016).

A recent approach to neuronavigation is to incorporate current flow modelling into non-invasive brain stimulation (NIBS) paradigms, which can help reveal how the electric field induced by transcranial magnetic stimulation (TMS) or transcranial electric stimulation (tES) is shaped by how the cortex folds in proximity to the externally applied field (e.g. Opitz et al., 2011). The use of SimNIBS has successfully clarified the regions that are most likely to be affected by a TMS pulse, and how stimulation of these regions affects behavioural phenomena (Thielscher et al., 2010). Similarly, current flow models have also been successful in verifying whether tES montages are affecting the cortex in the way that is expected (e.g. Saturnino et al., 2017). Such tools are now integrated with Brainsight TMS Navigation, enabling targets to be verified with current flow modelling prior to the participant arriving in the laboratory. This enables electric field strength to be examined whilst setting up a target to ensure that the TMS coil location is positioned in a way that maximises the induced electric field in a target of interest. 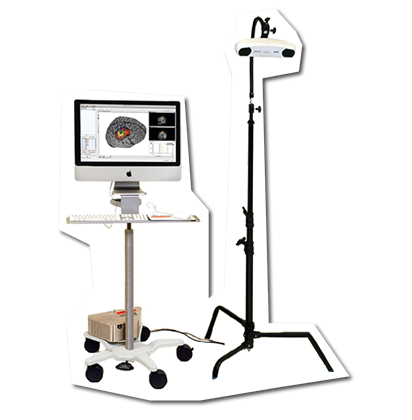 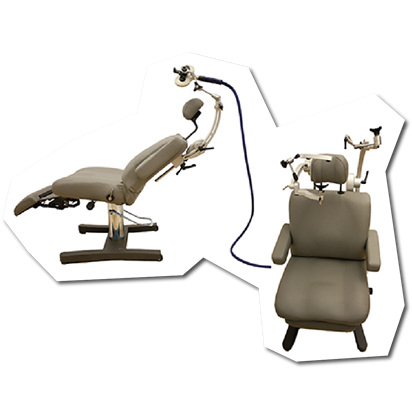 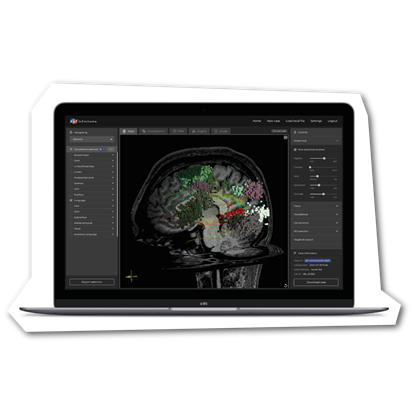