The invention of neuronavigation enabled a TMS coil to be placed above the same scalp to co-ordinate between different sessions when the same participant is given TMS. Neuronavigation also enabled the same TMS target to be reproduced across a group of participants. However, despite the reliability of this approach, there are unavoidable constraints involved with placing a TMS coil on the head of a participant. For instance, the operator holding the TMS coil may not able to consistently hold the TMS coil above the same site throughout a session. The movement of the participant cannot be eliminated either, which may introduce variability in TMS coil position even if the operator perfectly holds the TMS coil in place. TMS robotics can be used to reduce these unwanted sources of variability. A TMS robot can automatically change the position of the coil in response to the movements of the participant. In some instances such as rTMS protocols which can last for up to 40 minutes, the robot can ensure that the TMS coil remains in its intended position throughout the session. An important - and often under-appreciated issue - in TMS research is the orientation of the coil handle and the consequent direction in an induced electric field (e.g. Mills et al., 1992). A TMS robot can ensure that a TMS coil reproducibly targets the gyral crown (e.g. Opitz et al., 2011), where the electric field induced by TMS is greatest, and remains in the same orientation throughout a session. 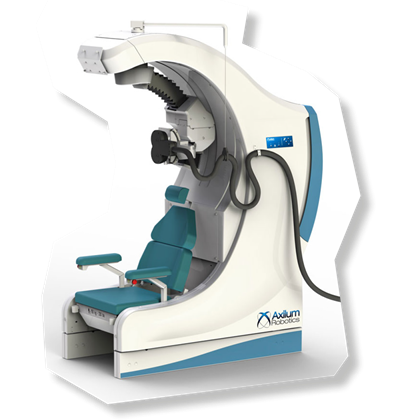 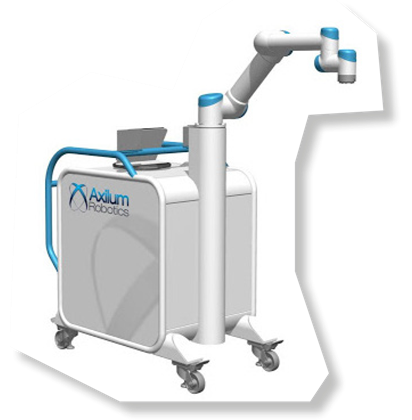